The Polaris instrument at ISIS began operation as a high intensity, medium resolution powder diffractometer in the late 1980s. It quickly established a large and scientifically diverse research community, encompassing engineering, materials science, condensed matter physics, solid state chemistry and earth science. However, by the late 2000s many of the key components of the Polaris instrument were rather outdated and increasingly unreliable, such that its performance was no longer competitive with other diffractometers at ISIS or at other large scale neutron facilities.

Funding for a major upgrade to Polaris was provided by the UK Science and Technology Facilities Council, supported by a significant contribution from a Vetenskapsrådet (VR) grant led by Prof Sten Eriksson from Chalmers University. The project included replacing the sample tank and detector arrays with a novel ‘all-in-one’ arrangement of a large vacuum tank. This required the detectors to be mounted through the walls of the vessel (see figure 1), which has significant advantages in terms of neutron countrate and reduced attenuation of the beam. Other novel features included the design of a radial collimator to reduce scattering from sample environment equipment (see figure 2).

The new Polaris instrument, which began operation in 2011, is now a world leading facility for neutron powder diffraction measurements, with particular strengths including the study of local disorder within crystalline materials (using Pair Distribution Function, PDF, methods) and in-situ investigations of chemical and electrochemical reactions. Furthermore, the Polaris upgrade project established an ongoing collaboration between ISIS and the Swedish neutron diffraction community, which included VR funding to support postdocs and equipment for a number of development projects to fully exploit the capabilities of the upgraded Polaris (and other instruments at ISIS). Examples include in-situ electrochemical cells for powder diffraction studies of battery electrode materials under charge/discharge cycling, gas flow cells to investigate proton/oxide-ion conductors under conditions that mimic those experienced in their technological application within fuel cells and advanced modelling software to analyse PDF data from disordered materials using the Reverse Monte Carlo approach.

The financial contributions to the Polaris upgrade from VR formed part of a wider, long-term collaboration with ISIS, which allows the Swedish research community to access its neutron and muon facilities. Indeed, the number of proposals submitted to ISIS has been steadily increasing over the past few years, and not solely in the area of powder diffraction.

For further information on the facilities available at ISIS, see https://www.isis.stfc.ac.uk/Pages/Instruments.aspx

Details of the proposal mechanism and deadlines are given here https://www.isis.stfc.ac.uk/Pages/Apply-for-beamtime.aspx

Figure 1. Schematic drawing of the sample tank for the upgraded Polaris, showing the detector modules situated through the walls of the vessel to provide a large solid angle of detector coverage. 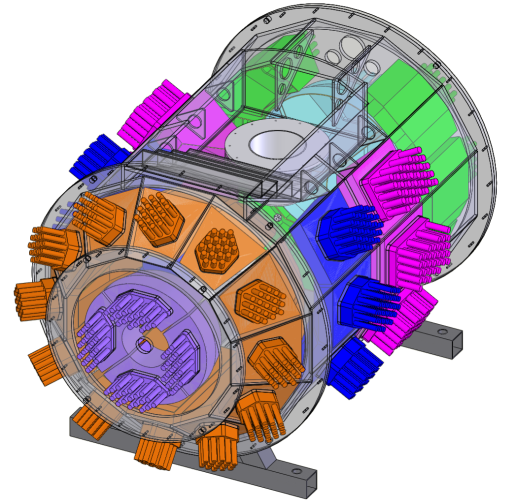 Figure 2. The novel radial collimation constructed for Polaris, to minimise the unwanted scattering from sample environment equipment around the sample reaching the detectors. 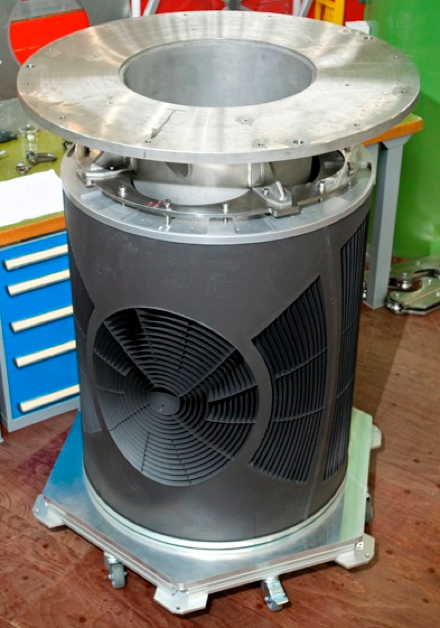